Do you know about some  incredible facts of ripe and unripe bananas. A single banana contains about ninety-five calories in it, however, it may look small in size but after eating, it weight about hundred grams.

“Bananas are great, as I believe them to be the only known cure for existential dread” — Anne Lamott/

A ripe banana contains the same amount of calories in it as an unripe on but still the ripped one is a lot sweeter.

It is said that the way via which the body metabolizes a ripped banana adds an additional ten extra calories to our body.

Ripe and unripe bananas; The TEF of the banana:

The calories that are obtain by eating the unripe fuel is a source of fuel for our body which happens due to the TEF. The energy that is obtain is use for the digestion of the meal we intake.

Every single process like swallowing chewing and even digestion requires energy and this energy is produce by food.

The amount of energy that is loss is referr to as the thermal effect of food. There are two main categories of foods. One that require ample energy for digestion while the others require less amount if it.

Sugars and fatty foods are the ones that require less amount of energy for digestion and proteins are very difficult to digest that is why it requires more amount of energy which is round about thirty percent.

~ Carbohydrates require twenty percent of the energy for digestion ~

When we eat banana several components are release which are as follows;

Now estimating the total amount of calories present in each of them is:

Now it will be easier to estimate that how a banana contains a total of ninety-five calorie in it.’

It is research that a significant portion of calories is coming from the digestion of carbohydrates present in banana. Check us out FACEBOOK.

In the green bananas, starch  is numerous, whereas in a ripe banana sugar is the prominent component. In the ripe banana mostly the carbohydrates will be converted to sugars.

A nutrition count of banana is mentioned below:

It consists of the following components

Applying the TEF formula to the banana

To estimate the total amount of calories released by a ripe and unripe banana, we will apply the TEF rule to both of them.

Total estimated count of calorie present in a unripe banana that is calculated via TEF is 79.8 calories

According to the TEF, the total amount of calories present in hundred grams of ripe banana is 89.8 calories

The comparison of calories in a banana:

Well, the amount of calories present in the ripe and unripe banana are same but the way these both types are digested releases more calories from the ripe banana.

As illustrated by the example that a banana weighing only hundred grams will be releasing ten times more calories after it is digested by our body enzymes.

You may think that a ripe banana is brown in color and is mushy but in fact it is not the case.

In reality, the ripe banana can have only seventy-five percent sugars rather than the exact amount that is ninety-one percent.

In TEF, only the primary concern is the amount of carbohydrates present in a particular food. This effect is still under study and TEF of many different kinds, of foods are being studies.

On average the body consumes about five to ten percent more calories than a ripe banana.

However, if they are only lying on the table just in front of you, they will look alike and will contain the same amount of calories because the calories difference arises only when you ingest it. 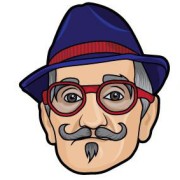 Emotional Abuse Would Be Considered A Crime

Advantages of Green tea for Health and Fitness

How To Get Rid of Bloating Fast; Essential Remedies

Tips For Good Health and Fitness
Close
Log In